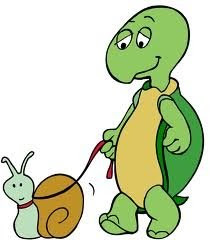 As I've stated several times, successful dividend growth investing requires investing in strong dividend payers, reinvesting your dividends, and time.  Time is the one that is most often overlooked.  Time requires patience.  An investor has to be patient when others around them are talking about the next big stock that's going to make everyone rich.  You have to be patient during bear markets when you think the sky is falling and you're going to lose all your money.  And the most important reason you have to be patient is because if you are, it will lead to incredible profit.

You can scour the web and find stories about how people got rich quick by investing in a penny stock, in the futures market, or some random Chinese company.  What you don't find much of is the people who slowly built their wealth over time. There are a lot more people who got rich this way, you just don't hear about them... probably because they're not the bragging type.

One person you have likely not heard of is Grace Groner.  Grace was born in 1909 in a small Illinois farming town.  In 1935, while working for Abbot Laboratories (ABT) as a secretary, Grace purchased three shares of the company for $60 apiece.  For the next 70+ years Grace simply held her stock of ABT and reinvested the dividends.  At the time of her death she owned more the 100,000 shares valued at $7 million.  The investment was also paying over $200,000 a year in dividend payments.

Grace was a patient investor.  Her patience created massive wealth over a long period of time.  And that patience is still paying off in fat dividend checks for the lucky recipient of her fortune when she died, Lake Forest College.

Yes, she was also lucky that she worked for such a well performing company like ABT.  And no, its not wise to put all your eggs in one basket like Grace did.  But what we should learn from Grace, other than being patient, is that the earlier we get started, the better.  Over time the compounding affect of reinvesting dividends gets greater and greater, and can eventually lead to massive wealth.  So for those of you are still considering, it's a good idea to get started soon.


Disclosure: I am long ABT

Posted by Dividends Paid at 9:14 PM

Email ThisBlogThis!Share to TwitterShare to FacebookShare to Pinterest
Labels: ABT