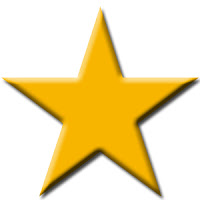 I was an avid baseball card collector when I was a kid. It was one of the few things that would tempt me to spend my allowance. I loved the smell of a newly opened pack of cards and even the cardboard crunch gum that was in the earlier packs... well at least for the two minutes that it had flavor. Although I loved the game of baseball and reading stats about players, what I really cared most about was the value of the card. Getting a card of my favorite player (Ozzie Smith) was great, but what I most wanted was a rookie card of a potential up-and-coming star because that's where the greatest potential for increased value was.

I remember when Topps brand would release "Future Stars" cards for players they thought were going to be, well, future stars. Of course they were basing this tag on a small sample set of the player's stats. So for every Bo Jackson, there was a Tim Pyznarski. Although I have moved on from collecting baseball cards to "collecting" dividend growth stocks, I'm still in search of those future stars so I can own an earlier and more valuable version of an asset.   READ MORE

Posted by Dividends Paid at 2:36 PM